Sutter Law Group has successfully represented cases in DUI and drunk driving charges in DuPage County. We do everything we can to minimize the impact and cost of a DUI in Illinois.

If you’ve been arrested for a DUI in DuPage County, you might be wondering just how much money it will cost. While typically classified as a misdemeanor, assuming there are no aggravated circumstances, a DUI is a serious offense. According to the U.S. National Highway Traffic Safety Administration (NHTSA), an average of 30 people die each day from alcohol-related collisions in the United States. As a result, judges and prosecutors impose stiff penalties for DUIs, but that’s only the tip of the iceberg regarding the true cost of a DUI. Remember though, consulting with an experienced DUI attorney, such as Mark Sutter, in a timely manner will be essential to determine the best course of action. Arrange for a free consultation and case evaluation, today!

Posting bail, of course, is required to get out of jail following a DUI arrest. Once you’ve been booked into jail, a bail will be set. Until this amount has been paid or secured with real property, you won’t be able to leave.

You don’t have to pay the full amount of your bail. Instead, you can opt for the services of a bondsman which requires you to pay just 10 to 15 percent of the bail amount. Depending on the jurisdiction in which you were arrested for a DUI, though, your bail may anywhere from $1,000 to $10,000, meaning you’ll have to pay a bondsman $100 to $1,500 just to get out of jail

With the help of a DuPage DUI lawyer, you can benefit from guidance throughout the process.

After making bail, you’ll need to retrieve your car from the tow yard in which it was impounded. If you were alone at the time of your arrest, or if there were no other licensed and sober drivers with you, the police probably had your car impounded. They can’t just leave abandoned cars lining public streets or parking lots, so they use the services of local towing companies to remove them. At your expense, the towing company will pick up your car and store it at a nearby tow yard.

While your car insurance premiums increase simply for getting arrested for a DUI, they will increase if you are convicted of a DUI in Illinois or if the Department of Motor Vehicles (DMV) suspends your license following the administrative hearing. Insurance companies view DUI offenders as high-risk policyholders, so they charge them higher premiums.

According to Insurance.com, a first-time DUI increases car insurance premiums by an average of 80 percent. If you currently pay $1,800 per year to insure your car, for instance, you can expect to pay $3,240 per year after getting a DUI. The higher-priced premiums can stay in effect for three to seven years, making car insurance one of the costliest effects of a DUI.

Many parties could be responsible in cases involving dangerous or defective products, from retailers carrying the products to the manufacturers. In any case, working with a reliable attorney can help identify the party or parties responsible for the unsafe product and any injuries it caused.

Private attorneys aren’t cheap. Even if you take a plea deal, you may pay several thousands dollars for the services of a private attorney. If you go to trial, the cost can double or even triple. With that said, a private DUI attorney such as, Mark Sutter, is well worth the cost. They’ll investigate the circumstances of your case while striving for the best possible outcome.

There are also DMV fees associated with a DUI in Illinois, which are separate from the court-imposed fines. If the DMV suspends your license, for example, you’ll have to pay a reinstatement fee of $50 to $300 after the suspension period is over to get it back.

If you accept a plea deal, there’s a good chance it will include probation. A DUI is a criminal offense, and like with other criminal offenses, judges and prosecutors often impose a mandatory period of probation for convictions.

It costs money to both install and maintain an ignition interlock. Installation is a one-time fee of $60 to $150, whereas maintenance is an ongoing fee of $50 to $100 month.

You’ll probably have to take time off work after being charged with a DUI. Aside from the time you spend in jail, you may miss work when meeting with your attorney as well as attending court appearances. If you are convicted of a DUI, the court may require you to attend alcohol classes or meetings, which can further take away from your working hours.

Consultation with an experienced DUI lawyer in DuPage County should be included as a priority in any drunk driving case.  A DUI conviction will ruin your personal finances. Contact Mark Sutter today to increase your chances of avoiding a conviction. Mark has successfully represented clients from Downer’s Grove, Oak Brook, Westmont and other surrounding Chicago suburbs in all types of criminal defense and DUI cases. 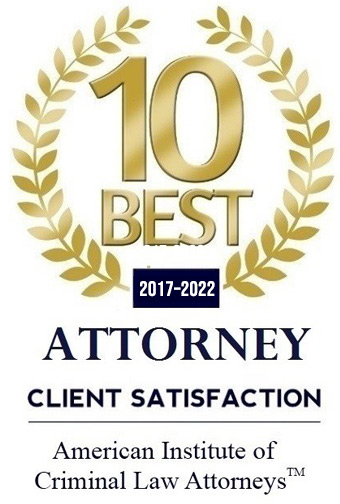